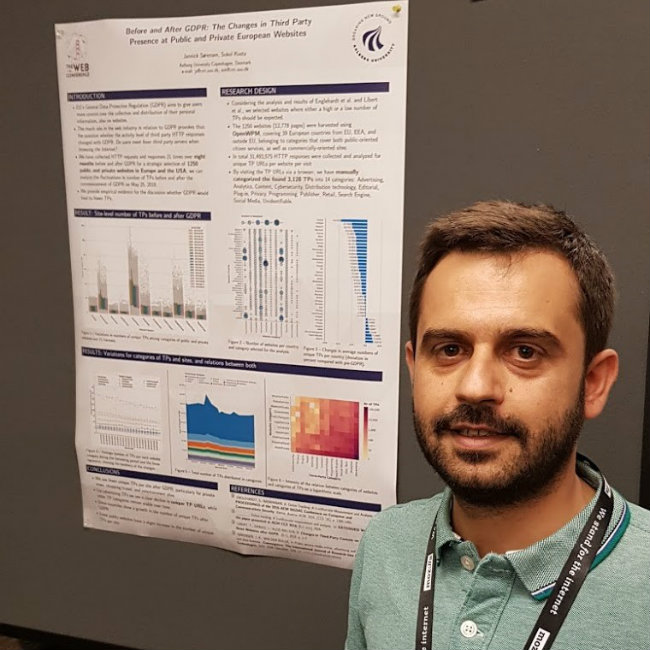 Sokol presented the paper with title "Before and After GDPR: The Changes in Third Party Presence at Public and Private European Websites”, prepared in collaboration with Jannick Sørensen.